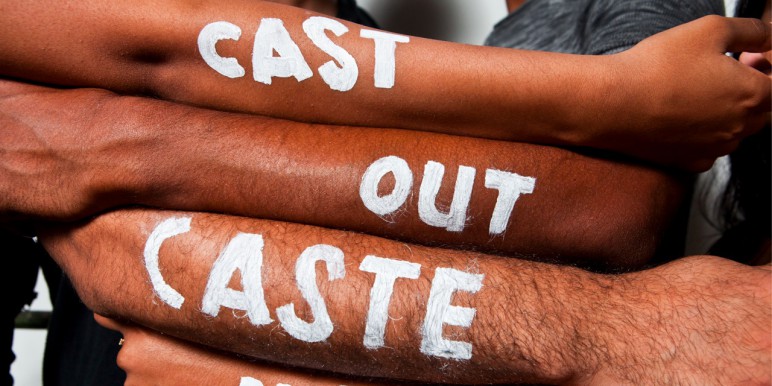 Despite promises of equitable progress and development for all, Modi’s 2015 budget cut 57% of state funding for welfare schemes for Dalits and Adivasis—communities that have been long been marginalized and kept out of mainstream developmental programs.

While Narendra Modi promised security and prosperity for all during his election campaign, anti-Dalit violence across India has grown, rather than reduced. Many incidents of violence against Dalits and Dalit-affiliated organizations have been unleashed by right-wing groups that form part of Modi’s political base.

Dalit student groups from Chennai to Delhi are facing increasing pressure for speaking up about their rights and criticizing the Hindu fundamentalism of the government. Groups all across the country have faced surveillance, banning, suspensions and worse.

For background on Modi’s core beliefs on Dalits we have to look to Modi’s book penned in 2007, where Modi relates that manual scavenging, or the job Dalits of the scavenging caste have been condemned to, is a “spiritual experience.” While he has tried to publicly back away from this position, his commitment to the spiritual processes of the Hindu varna systems still belie this position. When protest arose and he attempted to hide his word he instead focused on setting up a program to help train Dalit Priests. That also failed.